Resurgence of the Yellow Peril 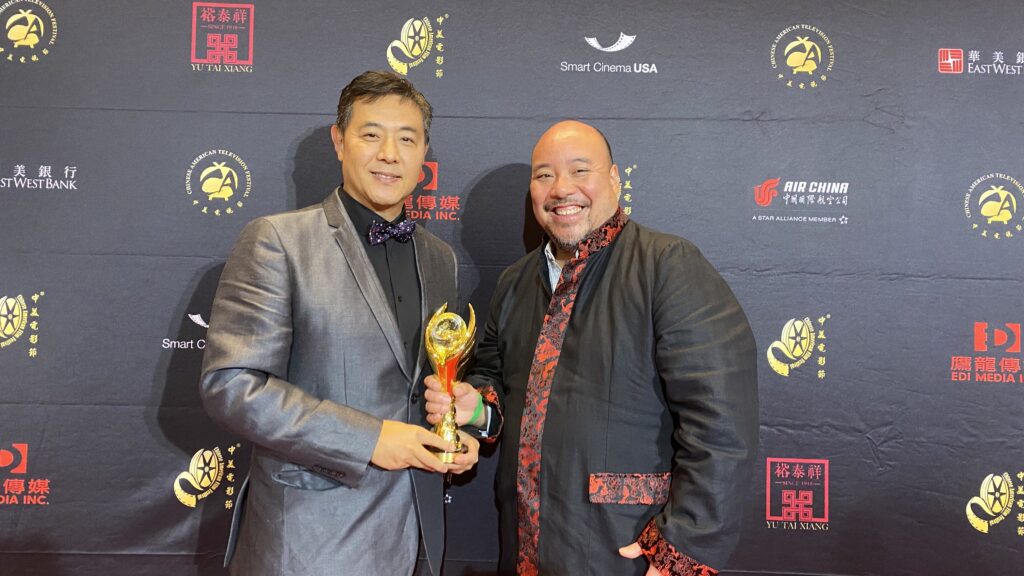 The Race Epidemic documentary has been awarded the prestigious Golden Angel for “Best Documentary” at the 17th annual Chinese American Film Festival. Top 10 features are selected and awarded with the Golden Angel, named after the City of Los Angeles. This year there were over 600 selected films from U.S. and China competing and The Race Epidemic was chosen as one of the top 10 awarded films.
Play
Play
Play
Play
Previous
Next

The Race is a project of Asian Pacific American Leadership Foundation (APALF), a 501(c)(3) nonprofit organization

A STORY THAT NEEDS TO BE TOLD

The Race Epidemic is about another outbreak caused by COVID-19.  An epidemic of hate based on race against Asian American and Pacific Islanders (AAPIs). With a politicized pandemic sweeping through the country and a former President calling it the Chinese Virus, the rise of attacks and hate against AAPIs is not surprising.

Can naming a virus after an innocent ethnic group cause the outbreak of an epidemic of hate? Or is it something hidden deeper within American society? The film takes a close examination of xenophobia and racism against AAPIs caused by the COVID-19 pandemic.

The Race Epidemic is a significant film of our times as innocent AAPIs are being attacked and murdered on the streets.  It’s time to act.  We can no longer be the silent minority. Our voice will not be silenced.

Ronald W. Wong – Serves as the producer & writer. A master storyteller, Ron has won nearly 100 awards for his creative work including the production of commercials, public service announcements (PSAs), and traditional and digital advertising. As an appointee at the U.S Department of Justice Community Relations Service, he worked on hate crime policies, racial reconciliation.

The Race Epidemic is the culmination of Ron’s work in social justice, and the political empowerment of diverse underrepresented communities for the last 35 years. Ron has been involved and committed to the civic and political engagement and empowerment of AAPIs for nearly four decades.

Tony Shyu is a noted director and award-winning screenwriter. Tony serves as director & producer of The Race Epidemic. Tony spent many years in Asia creating award-winning commercials for major brands such as Avon, Volvo, and Visa. He won the Taiwan Times award, which is Asia’s equivalent of a Clio award. The PSA he directed for API Vote starring George Takei, John Cho, and Constance Wu won the 2016 Videographer award.

He is also currently in production on an all-Asian American cast show for Bravo TV and in development for an all-Asian cast TV show for Netflix. His award-winning screenplay Macau Omen, has been translated into a novel and now is being developed into a feature film. His short film, Macau Twilight (2008) was an official selection at the BFI London Film Festival. Tony also wrote, directed and produced a feature film, Tequila Body Shots (1999), which was distributed by Lionsgate.

Tony received his B.A. and M.F.A. in film from the renowned Art Center College of Design in Pasadena, which is known for creating visual story tellers. His classmates at Art Center included famed award-winning directors Michael Bay, Zack Snyder, and Tarsem Singh among many others. 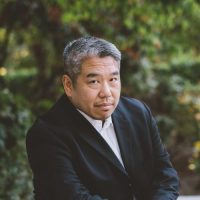 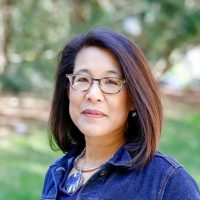 One of the nation’s leading immigration and Asian American historians, Erika Lee teaches American history at the University of Minnesota, where she is a Regents Professor, a Distinguished McKnight University Professor, the Rudolph J. Vecoli Chair in Immigration History, and the Director of the Immigration History Research Center. The granddaughter of Chinese immigrants, Lee grew up in the San Francisco Bay Area, attended Tufts University, and received her Ph.D. from the University of California, Berkeley. She was recently elected into the American Academy of Arts & Sciences, testified before Congress during its historic hearings on discrimination and violence against Asian Americans, was awarded an Andrew Carnegie Fellowship, (also known as the nation’s “brainy award,”) and named Vice President of the Organization of American Historians. 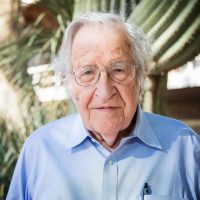 Professor Chomsky is an American linguist,  philosopher, cognitive scientist, historian, social critic, and political activist. Sometimes called “the father of modern linguistics”, Chomsky is also a major figure in analytic philosophy and one of the founders of the field of cognitive science. He holds a joint appointment as Institute Professor Emeritus at the Massachusetts Institute of Technology (MIT) and Laureate Professor at the University of Arizona, and is the author of more than 100 books on topics such as linguistics, war, politics, and mass media. One of the most cited scholars alive, Chomsky has influenced a broad array of academic fields. Chomsky has written and lectured widely on linguistics, philosophy, intellectual history, contemporary issues, international affairs and U.S. foreign policy. 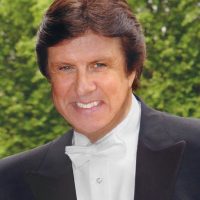 South has been called the “Carville of California” by The New York Times and “one of the top political strategists in the Democratic Party” by DailyKos.net, one of the nation’s most influential political blogs. Newsweek described South as “a one-man brain trust on the battlements of Fort California.” The National Journal finds him “shrewd and widely feared.” The Hotline labeled South the “über California Democratic strategist.” Capitol Weekly in 2011 named South one of the Top 50 most influential political players in California. In January 2014, he was designated “Insider of the Week” by The Sacramento Bee. South has more than 40 years’ experience at very high levels in government, politics, and business consulting. He has worked for both the federal government and state governments in three different states, including as Special Assistant to a U.S. Cabinet Secretary, Senior Political Advisor to a Governor, Communications Director to another Governor, Chief of Staff to a Lieutenant Governor and Public Information Director of a State Legislature. 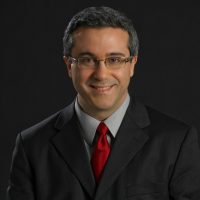 Saenz is a distinguished civil rights attorney and longtime champion for diversity and social justice. Currently, he serves as the President and General Counsel for MALDEF (Mexican American Legal Defense and Education Fund). In April 2016, Saenz presented argument before the United States Supreme Court in the case of United States v. Texas, on behalf of intervenors, in defense of President Obama’s deferred action immigration initiatives. He was MALDEF’s lead counsel in the successful challenge to California’s anti-immigrant Proposition 187, and he led numerous civil rights cases in the areas of immigrants’ rights, education, employment, and voting rights. Previously, as Counsel to Los Angeles Mayor Antonio Villaraigosa, Saenz served on the four-person executive team to the mayor, and he provided legal and policy advice on major initiatives. 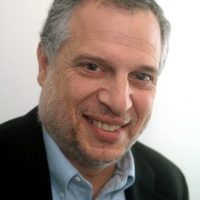 As Executive Director of the Pat Brown Institute for Public Affairs at CSU Los Angeles, Dr. Sonenshein works on programs to motivate young people to be engaged in their communities; raise awareness about timely policy issues; bring public officials closer to their constituents;. Previously, he was Chair of the Division of Politics, Administration, and Justice at CSU Fullerton. He is the author of three books on Los Angeles politics and government. Dr. Sonenshein served as Executive Director of the Los Angeles (Appointed) Charter Reform Commission. He was the fall 2008 Fulbright Tocqueville Distinguished Chair in American Studies at the University of Paris. 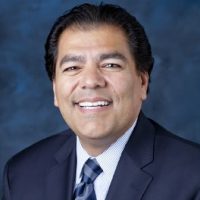 Dr. Guerra’s area of scholarly work is in local governance, urban politics, and racial and ethnic politics. Dr. Guerra has been a principal investigator in over 20 major studies on Los Angeles, leadership studies and electoral politics. He is also the principal investigator for the largest general social survey in the Los Angeles region. Dr. Guerra has done extensive research, polling and writing on ethnic politics and voter behavior of various ethnic groups. 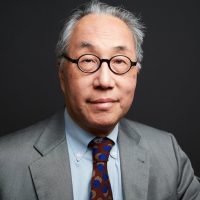 Woo was the first Asian American and first trained urban planner elected to the Los Angeles City Council (1985 – 1993) and has served as a member of the L.A. City Planning Commission for the past six years. In 1993, Woo ran for Mayor and beat a wide cross section of candidates in the primary election but ultimately lost to Mayor Richard Riordan, who won a victory marked by “deep racial divisions.” Currently, Woo is Dean of the College of Environmental Design at California State Polytechnic University, Pomona.

Ryu was the first Korean American to serve on the Los Angeles City Council and only the second Asian American elected to the City Council, representing the 4th Council District. Prior to being elected to the Council, Ryu served as Senior Deputy to Los Angeles County Supervisor Yvonne Burke, he also served as Director of Development and Public Affairs at one of Los Angeles’s largest non-profit health care providers: Kedren Acute Psychiatric Hospital and Community Health Center. 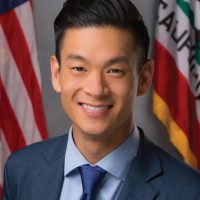 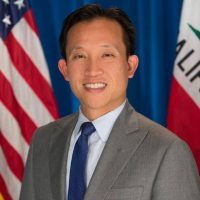 As a member of the California State Legislature, David Chiu represents the 17th Assembly District, which encompasses San Francisco Chinatown. He also served as Chair of the California Asian Pacific Islander Legislative Caucus. Before joining the State Assembly, David Chiu served as President of the San Francisco Board of Supervisors for six years, the first Asian American to hold the post. Prior to serving in elected office, Chiu was a civil rights attorney and a start-up executive. 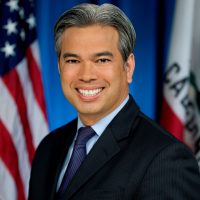 Assemblymember Rob Bonta was elected to the California State Assembly, where he represents the cities of Oakland, Alameda, and San Leandro. He became the first Filipino American state legislator in California’s then 160-plus-year history. Earning honors in college, Rob was also a scholar athlete, captaining the Yale Soccer team, and went on to graduate from Oxford and Yale Law School. His legal career included work as a Deputy City Attorney for the City and County of San Francisco. Rob began his career as a publicly-elected official at the local level, first as a Director of the Alameda Health Care District and later as Vice Mayor of the City of Alameda. 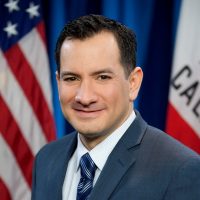 Speaker of the California State Assembly

Anthony Rendon is Speaker of the California State Assembly, a position he has held since March 2016. Since 2012, Rendon has represented the 63rd Assembly District. Prior to serving in the Assembly, Rendon was an educator, non-profit executive director, and environmental activist. Rendon attended Cerritos Community College before earning his Bachelors and Masters of Arts degrees from California State University, Fullerton. As a recipient of a National Endowment for the Humanities Fellowship, he earned his Ph.D. from the University of California, Riverside and completed post-doctoral work at Boston University. 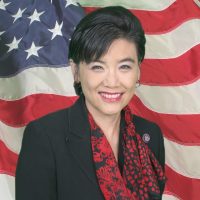 Judy Chu was elected to the U.S. House of Representatives in July 2009. She represents the 27th Congressional District, which includes Pasadena and the west San Gabriel Valley of Southern California. Rep. Chu currently serves on the powerful House Ways and Means Committee, and in 2011, Chu was elected Chair of the Congressional Asian Pacific American Caucus, which advocates for the needs and concerns of the Asian American and Pacific Islander community across the nation. Rep. Chu has long been a trailer-blazer in AAPI politics, serving on the California State Board of Equalization, State Assembly and in local office as a Monterey Park City Councilmember and a Garvey School Boardmember. 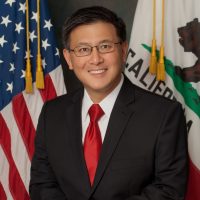 John Chiang is the former California State Treasurer who ran for governor in 2018. Chiang has dedicated his life to public service and became not only one of the highest ranking Asian Pacific Islander American (AAPI) elected leaders in California but also in the nation. He served as Treasurer from 2014-2019, prior to serving as Treasurer, Chiang served as California State Controller from 2007-2015, and on the California Board of Equalization from 1997-2007. Prior to serving in various elected positions, Chiang served as a staff member and tax attorney to various prominent elected officials.